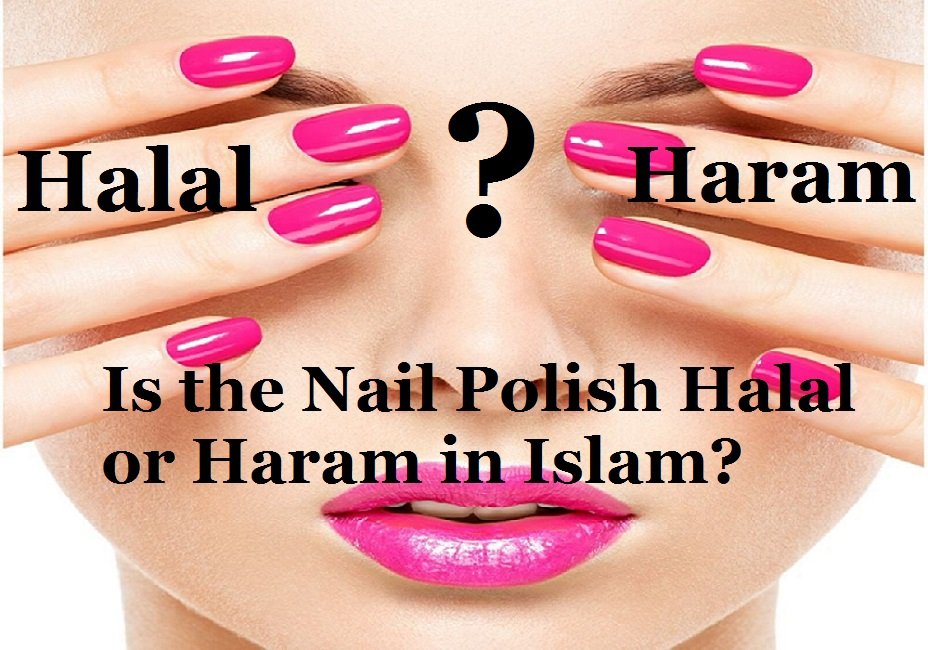 Is the Nail Polish Halal or Haram in Islam?

Now, obviously there are companies that are dedicated to doing things. They want to sell their product and some of them, might come up with certain things. They may know, they may not know, it may be okay, it may not be okay. 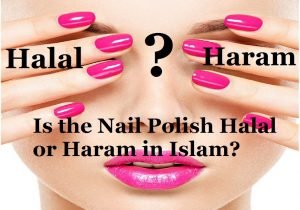 Lately, a few years ago, some companies came up with a nail polish concept that is supposed to be “compliant”. “Compliant” meaning “Perhaps Halal”. That’s the words they used as well. And several other companies have come up with it as well. They say it is permeable.

We as muslims need to wash ourselves correctly if we want to be considered upon the level of purity to be able to read salah. And also in order to be able to be protected from the devil, and so on. If you’re in a condition known as wudu, you have greater protection.

Yes, indeed. But then people say I like to use my nail polish. So a lot of people who use the normal nail polish that’s been around for years on end, they know that water doesn’t go through that. So, in order to be in the condition of wudu or ghusl, you would need water to go through right to the nail.

If the water doesn’t go right down to that bottom of the nail, then the wudu is not actually valid. So now what would happen is… those who fear of Allah, those who are concerned about their salah, those who really want to be protected from jinn, and from the evil eye, and from Satan, and so on, they would make their wudu, they would be in a condition of ablution, and then they would wear the makeup, and they will hold that wudu, in order for them to be able to pray the prayers that they would need to before the end of the day.

If you need to pass wind, and you’re actually holding it in, it’s actually makruh, which means, it’s detested to hold in. It is unhealthy from medical perspective, and it is wrong. But some people, their nail polish is so valuable for them, they don’t mind holding it in, and your eyes become red because I wonder where that gas goes.

But anyway, it must be going in up somewhere, because you know, warm air rises. So it’s get in somewhere, it gives you heartburn. It gives you not only heartburn, but the gastric pains. And you think you’re dying of a heart attack. But you know what? Just don’t use that nail polish or just pass the wind, and your heart attack will stop. Subhanallah.

There is another category of people who just don’t use that nail polish because they use henna, or they use something else. Permeable or not is besides the point, but they know they’re not going to actually compromise their relationship with Allah.

They want to fulfill their salah, do the wudu properly, they wanna pass wind, when needed obviously, respectfully. Respectfully meaning not in public. But at the same time, my dearest sisters and mothers.

Now they came with some nail polish. They said is permeable. So, I didn’t comment about it because I don’t know, I mean I didn’t test it, I didn’t check it out.

I was quite because obviously I’m not qualified to address the matter.

So I received messages from people who work for the company, telling me it is not permeable, it is just a gimmick, it is not. They did the coffee test then another test, and this test, and that test. And you know what? People working in the company told me it was a lie.

And I told him, “Look, if you know something then you have to speak according to what you know, don’t lie to the people.” However, let’s still give them the benefit of the doubt.

We don’t know. I still don’t know. Recently there is another company that some of my friends, and even some family members, and others have told me, “No, it’s permeable.”

“You’ve got to put less than two coats and then you have to wash it on to the water about six seven times. They say, then it becomes permeable and not. I have one answer. My beloved sisters, my beloved mothers, those of you who love nail polish. I wanna ask you a simple question.

I don’t know whether it is permeable or not. I will never be able to know. You don’t know either. Trust me, it’s very difficult to know. I want to ask you a question.

Do you want to be protected from the jinn, and devil, and so on by being in the condition of wudu, or by being clean, and so on?

Well I want to tell you, there is a hadith of the Prophet (صلى الله عليه وسلم) that says, (إن الحلال بين، وإن الحرام بين)

And in the middle ages there are many things that are not clear and obvious and transparent to many peoples.

You want to know them. In the middle, there is a little grey area. Some would know, some would not know. Maybe a lot might not know.
The hadith says, (فمن اتقى الشبهات فقد استبرأ لدينه وعرضه) What a powerful wording!

“Whoever stays away from the grey area has protected themselves and their deen completely.” “And whoever falls in it was willing to fall into haram.” So they falling into haram.

That’s what hadith says, (ومن وقع في الشبهات وقع في الحرام) One inch of paint on your nails, is that more important than your link with Allah? If it is, well you’ve chosen.

It’s too big a risk for such a small-little-thing. Just have clean beautiful lovely nails, and that’s it.

Listening Music is Halal or Haram in Islam?