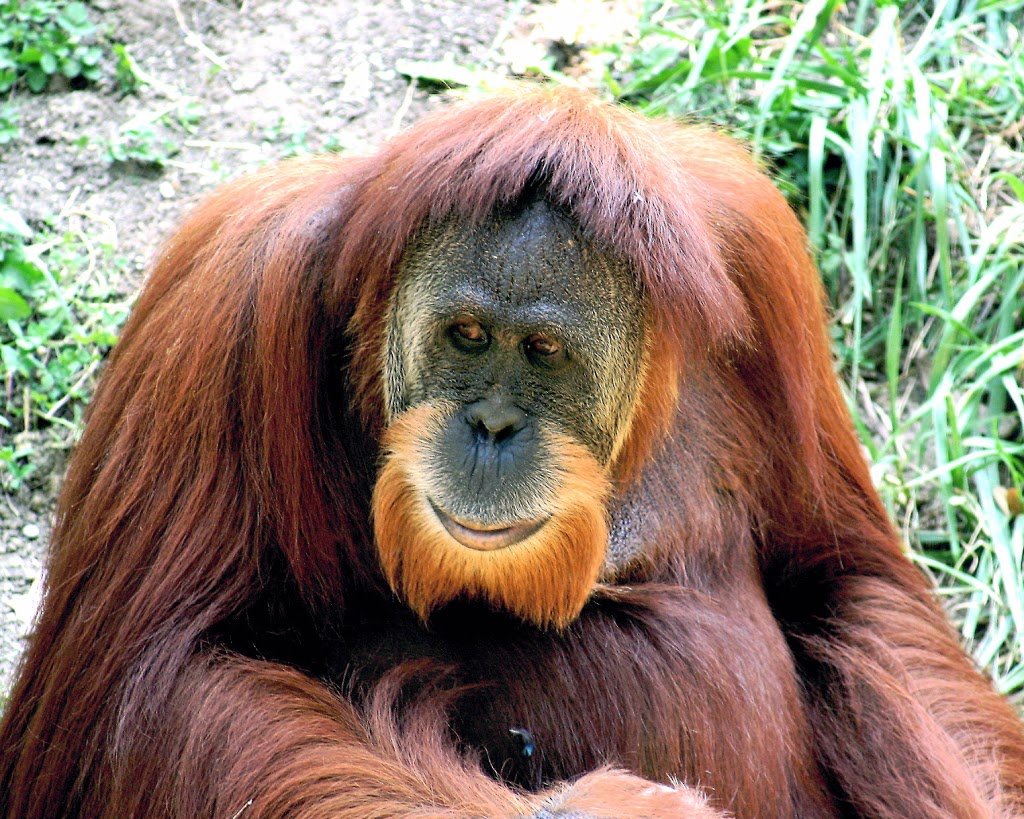 Top 10 ANIMALS About to Go EXTINCT

Hey! Welcome to my Blog!

There are about 8.7 million species on Earth, about these 6.5 millions are living on land and 2.2 million in oceans. More than 99% of all species, which is estimated to be over 5 billion, that have ever lived on Earth, , have already disappeared about millions of years ago.

Nowadays, it seems like that number is growing exponentially every year. Here are the top ten animals that we selected today that are about to go extinct.

Orangutans, along with gorillas, chimpanzees, and us humans, are members of the great ape family. And although they’re less closely related to us than gorillas, chimps, and bonobos, they’re still classed as our distant cousins.

Orangutans are the only Asian great ape and can be found swinging in the treetops of Bornean and Sumatran rainforests.

There are three species: the Sumatran, the Bornean, and the recently discovered Tapanuli. There are only around 60,000 orangutans surviving across all three species.

The Tapanuli is the most endangered with only around 800 left. The Sumatran orangutan is faring slightly better with just under 7,000 remaining, and the Bornean species is more robust with around 54,000 still alive.

Many organizations are working to save the orangutans but poaching and deforestation are still a huge threat to our intelligent cousins’ existence.

In 2015 the Amur Leopard, which is the world’s rarest big cat, seemed to be making a comeback when its known wild population rose from 30 to 57.

The spectacular spotted creature is endemic to southern Siberia, northeast China, and the Korean Peninsula, and it seems to be benefitting from a ban on human activity in the 12,000 hectares which have been identified as prime leopard habitat.
Amur leopards have also been found in the demilitarized zone between North and South Korea, which is probably the only good thing to come out of the ongoing conflict.

The Amur Leopard, which is also the largest big cat species in the world is also being successfully bred in captivity, but the species still faces a multitude of problems which could lead to its imminent extinction.

Reintroduction into the wild is difficult, and poaching, deforestation, and inbreeding also has the power to kill off these incredible cats.

Hawksbill Sea Turtles can be found worldwide but in rapidly decreasing numbers. It’s thought that only 15,000 egg-laying capable females remain, mainly distributed across the southern hemisphere.

These turtles are exploited as food, jewelry, and decorative trinkets. It’s not only Hawksbills that are under threat – all sea turtle populations are suffering but the Kemp’s ridley sea turtle is second closest to the brink of extinction.

And, losing our sea turtles could have a devastating effect on our oceans. Turtles maintain the ecosystem of coral reefs by consuming large amounts of sponge which helps fish access other food sources within them.

The knock-on effect of sea turtle extinction could truly be catastrophic for our marine life.

Related: Top 10 Animals You Wont Believe Exist on this planet

Did you know that there are just two species of gorillas? The Eastern and Western species both are facing an imminent threat of extinction.

The Western gorillas are faring better with over 100,000, but the Eastern lowland gorilla is declining at 3,800, down from 5,000 over the past decade.

The western lowland subspecies, which is the smallest subspecies, only has 95,000 left which is roughly the population of Yuma, Arizona. Fewer than 300 Cross River gorillas remain, making them the most threatened of all subspecies.

Meanwhile, the Eastern gorilla’s Eastern Lowland subspecies, which is the biggest of all primates has dropped to 3,800, and mountain gorillas to way less than 1,000.

The threat of extinction is due to a huge range of factors, which is why it’s likely that the situation won’t change in time to protect gorillas from extinction. Issues include habitat loss, poaching, the pet trade, human warfare, and even Ebola.

The only bird on this list is Brazil’s Spix’s Macaw. There have been a couple of reported sightings of this spectacular-looking feathery friend, but it’s widely believed to be extinct in the wild and can now only be seen in zoos.

Some organizations have set up nature preserves close to their original nesting sites just in case the sightings are real, but so far there have been none confirmed.

The reason for the macaw’s endangered status is that the Caraiba tree, which it tends to live in, is being destroyed by deforestation which leaves the macaws vulnerable.

There are around 100 of these beautiful birds left in zoos and there have been efforts to breed them. But, such a small population means that many of them are closely related which often results in inviable baby macaws.

The vaquita is one of the rarest marine mammals in the world, with just 12 to 15 thought to exist as of 2018.

These small porpoises are endemic to the northern part of the Gulf of California and have been listed as critically endangered since 1996.

The reason for the drastic drop in numbers is largely due to bycatch which is when a fish or marine animal is caught unintentionally during the fishing of other species.

Vaquitas are smaller than humans which leaves them vulnerable to getting caught up in nets. The species doesn’t do well in captivity, either. It won’t be the only cetacean to die out in our lifetime.

The baiji freshwater dolphin, otherwise known as the Chinese river dolphin, is thought to have been the first dolphin species in history that humans have driven to extinction.

It’s possible that you haven’t even heard of the saola, but it is majestic. So much so, in fact, that it’s sometimes referred to as the Asian Unicorn.

This creature, which is endemic to Vietnam and Laos, was only discovered in the 20th century, but already it has been declared critically endangered and thought to be one of the rarest mammal on Earth, with numbers under 700 remaining.

Saolas are forest-dwelling bovine that are related to livestock animals. They don’t deal well with captivity and have struggled to survive for more than a couple of months when attempting to domesticate them.

Nearly all species in the elephantidae family are declining in numbers, but there are two that are in severe danger.

The Sri Lankan elephant, with around 6,000, while fewer than 2,800 Sumatran elephants remain. The inevitable extinction is mostly in part of deforestation and poaching, which has only gotten worse in recent years.

Conservationists think that Sumatran elephants may become extinct in less than ten years if poaching is not stopped.

Also Read: Why Cats Bite You & Other Strange Behaviors of cat Explaination

Tigers are instantly recognizable for their orange fur and black stripes. But it’s entirely possible that the next generation won’t know what one looks like, because the entire species is under threat.

As of 2015, the estimated number of mature tigers was as low as 3,062, down from 100,000 at the beginning of the 20th century. The main reasons for this sad reduction are habitat destruction and poaching.

Of the nine tiger subspecies, three are already extinct. The one most under threat is the South China tiger, who are declared extinct in the wild and about 30 in captivity.

The Sumatran tiger isn’t far behind and as of 2008, it’s been classified as critically endangered with a population of about 450 left.

The black rhino is slowly but surely becoming extinct, and the population of the entire species has fallen by 96% over the last 60 years.

One of the biggest threats is poaching. Rhino horn is used in traditional Chinese folk medicine but it is becoming increasingly common as a display of wealth and success.

Horns are now worth so much money that international criminal gangs are supplying poachers with sophisticated equipment to track and kill rhinos.

Massive conservation efforts including employing armed guards and flooding the market with fake horns have actually increased the number of black rhinos to around 5,500.

But they’re still classed as critically endangered so the future is extremely uncertain.

122 Year Old Lighthouse Mystery That Will Never Be Answered

What If a Megalodon Swallowed You

46 Survival Tricks to Get Out of Trouble in Seconds

7 Things That Can Change Your Eye Color

Most Beautiful Older Actresses in The World!

10 Questions That’ll Reveal Who You Really Are