Comcast vs FiOS – Difference between Comcast and FiOS 2021 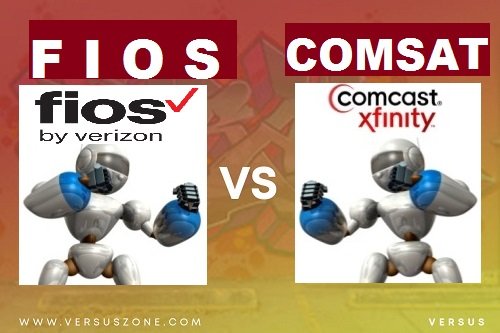 What is the difference between Comcast and FiOS? Both of these providers are quite good. There are many similarities between them. We will tell you more about each of them.

What Is the Difference between Comcast and FiOS?

● Comcast is one of the biggest cable operators in the United States. The company provides cable TV, Internet services as well as telephone services, in nearly forty states. The headquarters are located in Philadelphia. Comcast Cable came to existence in 1963. It was created by Daniel Aaron, J.S. Brodsky and R.J. Roberts. The name “Comcast” was created in 1969.

● FiOS services include Internet access, TV and telephone services. The system operates through a fiber optic network, used in some parts of the United States. Verizon is actually one of the biggest fiber-offering carriers. The customers seem to be quite pleased with it. The service started in 2005, and it has expanded, but some areas cannot use TV and telephone services (this restriction is related to franchise agreements).

● Before you decide which one to use, you should talk to people who live in your area and listen to what they have to say about the provider they use. In some cases, the quality of service is highly dependent on where you live.