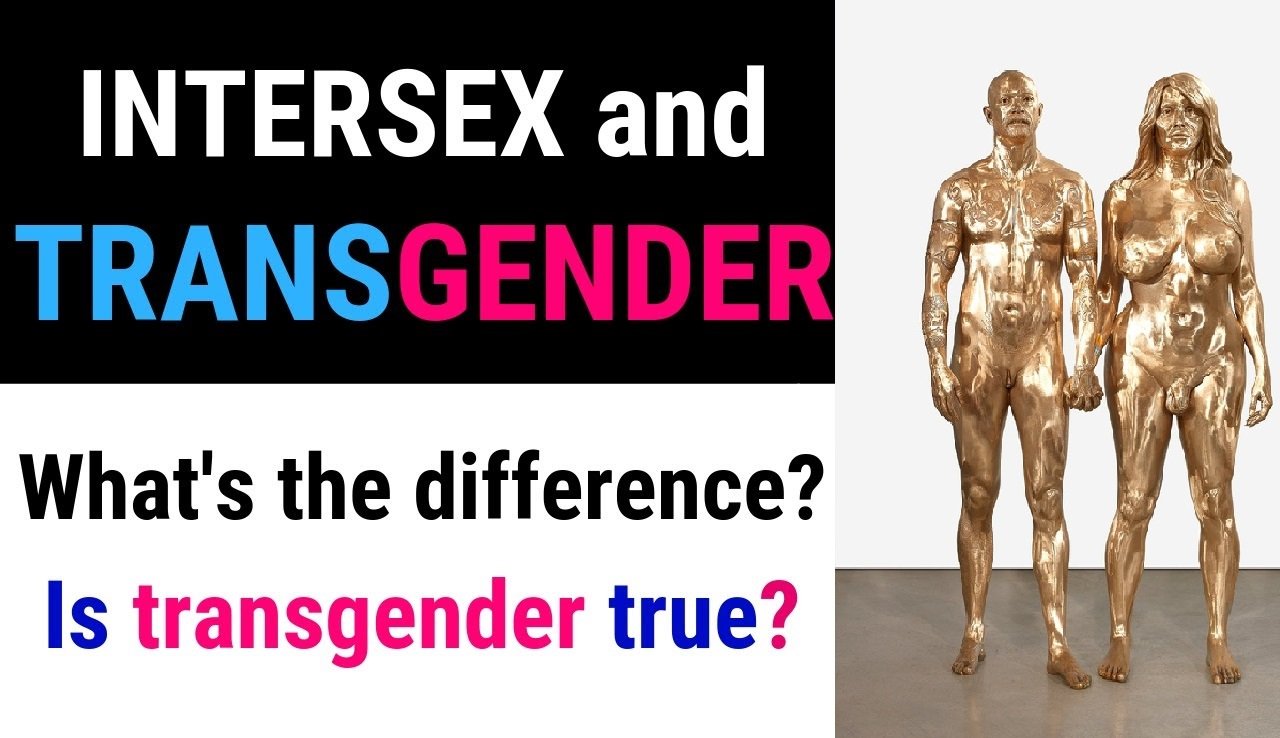 Intersex can be defined as a variation of characteristics that would not allow an individual or an animal to be identified clearly as male or female. While Transgender is independent of sexual orientation and is the state of gender identity that does not match the assigned sex of an individual.

Typically, animals and human beings are categorized into two genders; male and female. However, certain beings by birth do not identify themselves with either of these genders, and intersex and transgender are two terms that are often used to refer to such individuals.

However, these two terms cannot be used interchangeably because of certain differences that exist between the two.

Intersex can be defined as a variation of characteristics that would not allow an individual or an animal to be identified clearly as male or female, causing combinations of chromosomal genotype and sexual phenotype other than XY-male and XX-female, as well as genital ambiguity. This would comprise of a number of sex characteristics such as gonads, chromosomes, or genitals.

While infants thus born can be surgically aligned in order to fit into a socially accepted gender category, it is a controversial procedure that has no proven evidence of a good outcome. However, most intersex individuals opt for surgical procedures to align their sexual characteristics according to the gender identity that they were assigned to at birth.

Most, however, are not aware that they are intersex until tested since it does not appear in their phenotype.

Transgender is independent of sexual orientation and is the state of gender identity that does not match the assigned sex of an individual. While some such individuals declare that conventional sexual orientations are inapplicable to them, others might identify themselves as homosexual, bisexual, heterosexual, pansexual, polysexual, or asexual.

The identity of such persons does not fit into the conventional notions of female or male gender roles unambiguously and feels that assigning the sex, based on their genitals, is an incomplete description of themselves.

Transgenders may possess characteristics of both male and female gender roles and identify themselves outside the traditional gender continuum as agender, bigender, genderqueer, or third gender.

Such individuals undergo a period of identity development that consists of self-reflection, understanding self-image, and self-expression while also learning to be genuinely comfortable with regards to their external appearance and accept their genuine gender identity.

What is the difference between Transgender and Intersex?

Intersex and transgender are two words that are often seen to be used interchangeably. The apparent similarities between the two of them may be the cause for this confusion and perhaps the following points would help clear the doubts.

• Intersex is about possessing combinations of sexual phenotype and chromosomal genotype other than XX-female and XY-male, causing formations such as XXY, XYY, YY and etc.

• Transgender is about possessing doubts about the gender that they are born with. This involves their physical sexual identity not complying with the sexual identity in their mind.

• Transgender individuals have all their physical attributes aligned at birth but simply do not believe that assigning the sex based on their genitals is an incomplete description of themselves.

However, people with intersex conditions identify themselves as transgender or transsexual as well, causing further confusion amongst the two groups.

175 Riddles Challenge Is Like Squid Game for Your Brain