Imagine being an astronomer spending long coldnights in some remote mountain top locale peering through an ultra powerful lens or pouring throughreams of data from the far reaches of the cosmos all the long days weeks and months of searchingfor the unexplainable something out of place a pattern where none should exist and then it'sthere from quite close to earth relatively speaking a signal switches on every 18 minutes and11 seconds lets the startled astronomer know its there for 30 to 60 seconds and then switches offagain roughly three times an hour like clockwork it's not science fiction it was detected byastronomers sifting through radio data from 2018. and now they've tracked the source andthe source is something we've never seen welcome the Factnomenal today we're going touncover what astronomers believe is likely .

A brand new stellar object one thatup until now has only been theorized this object was appearing and disappearingover a few hours during our observations that was completely unexpected says NatashaHurley walker radio astronomer at the Curtin University node of the international centerfor radio astronomy research in Australia it was kind of spooky for an astronomer becausethere's nothing known in the sky that does that using the Murchison Wide Field ArrayTelescope which consists of 4096 dual polarization dipole antennas in theremote outback of western Australia astronomers were conducting a broad researcheffort to map celestial sources of radio waves then as is so often the case in sciencethey stumbled across the unexpected .

The amazed astronomers found the objectspewing enormous amounts of energy toward us three times an hour the curtain doctoral studentwho discovered this mysterious cosmic lighthouse Tyrone O'doherty describes it as being incrediblybright when it's on it's one of the brightest radio sources in the sky the analogy of alighthouse is not far off as we on earth perceive this object as a stationary observer would seethe beam from a lighthouse seemingly blinking on and off as the rotating light regularly sweeps byand between January and march 2018 an exhaustive search uncovered 71 of these sweeps of our earthfirst there was a 31-day period of pulses followed by a 26-day quiet interval then out springanother 29 days of pulses and then silence What the hell is even that too fast fora supernova and too slow for a pulsar .

The object was given this mouthful ofa name that we will abbreviate to gleam roughly 4,200 light years away fromus relatively nearby in our milky way researchers say the puzzling source is smaller butmuch brighter than our sun and when on is one of the brightest radio sources in the galaxy regularor somewhat regular pulses coming from space are fairly common but their sources are usuallyeasily identified astronomers call celestial objects that turn on and off transients and theycan be anything from supernovae to neutron stars pulsars belong to the family of neutron stars emitconcentrated streams of radiation far and wide and are mostly compact and rapidly rotatingincredibly dense objects their radio pulses are so regular and precise that an international team ofastronomers found the time scale based on pulsars .

Can be used to identify inconsistencies in thosebased on atomic clocks the pulses we receive are highly polarized or twisted indicating gleam hasan extraordinarily strong and ordered magnetic field astronomers rule out flare stars exoplanetsand white dwarf m dwarf binaries which would be in the lineup of suspects if the magnitude of pulseswe received were fainter this is an entirely new kind of source that no one has ever seen beforeHurley Walker said and while we know the milky way must be full of slow-spinning neutron starsno one expected them to be able to produce bright radio emission like this it's a dream come true tofind something so totally unexpected and amazing and now astronomers have zeroed in on whatthey believe sent incredibly powerful signals our way and it's a new type of exotic cosmicneighbor that until now only existed in theories .

Researchers developed a profile of our suspectthat matches a theoretical object known as an ultra long period magnetar this is a hypothesizedversion of a neutron star the dense collapsed core of a star between about one to three times themass of our sun that crushes all its protons and electrons into a neutron the densestobject known in the universe if you had a sugar cube with the density of a neutronstar it would weigh 1 billion tons on earth most often neutron stars are found spinning wildlywith a strong magnetic field that spins with it and sweeps the telltale beam through space thenthere are magnetars which are neutron stars on steroids the typical neutron star has a magneticfield trillions of times stronger than earth's so incredibly powerful magnetars however havemagnetic fields another 1,000 times stronger .

While we're on the subject of power astronomersobserved a magnetar called SGR 1806-20 amid a burst of energy for one tenth of a second thatwas more electromagnetic radiation than our sun has emitted in the last 100,000 years so yes wehave already detected magnetars 31 to be exact and they all spin rapidly the younger the magnetaris the faster it spins and one recently discovered is estimated to be only 500 years old and has analmost unimaginable rotation speed of 1.4 seconds and it's only 15 miles across andstill holds the mass of two of our suns gleam is suspected to be our firstdetection of the ultra long period magnetar a previously theorized form of a neutronstar that rotates relatively slowly and actually finding one is quite a surprisenobody expected to directly detect one like .

This because we didn't expect them to beso bright Hurley Walker said somehow it's converting magnetic energy to radio waves muchmore effectively than anything we've seen before confirmation of a new astrophysicalobject that had previously been only theorized is and willalways be a cause for celebration Curtin University astrophysicist Gemma Andersonnotes that GLEAM may be rotating so slowly due to advanced age and losing speed over timesomething we will all encounter soon enough this is more likely to be the first of itskind rather than one of a kind Anderson set finding something that turned on for a minute wasreally weird the observations match a predicted astrophysical object called an ultra-long periodmagnetar and while the lesser possibility exists .

That it is another kind of dead star or evensomething completely unknown astronomers are now specifically monitoring this object usingmany different radio telescopes in the hope it switches on again Anderson added so far itremains silent this new awareness does bring exciting possibilities of a much more focusedsearch for similar objects in our neighborhood in the study recently released in the journalnature the research team says the existence of an unexpected slow pulsating yet intermittent radiotransient opens up a new field of exploration of radio surveys particularly at low frequenciesresearchers extrapolating the data say that with new awareness of the class of objects andusing a technique specifically to locate them they expect to detect approximately 10 moreGLEAM-like objects with the same volume of data .

In other words happy hunting so what doyou think about GLEAM and the discovery of what may be a nearby object thatuntil now existed only in theories how wonderful is it to continually uncover thestrange and unexpected and what would you like to discover next tell us in the comments andas always thank you for watching Factnomenal
————————————————
Astronomers have just detected a strange object that was only theorized to exist. Imagine being an astronomer, spending long cold nights in some remote mountaintop locale peering through an ultra powerful lens or poring through reams of data from the far reaches of the cosmos. All the long days, weeks, and months of searching for the unexplainable, something out of place—a pattern where none should exist. And then.. it’s there! From quite close to Earth, relatively speaking, a signal switches on every 18 minutes and 11 seconds, lets the startled astronomer know it’s there for 30 to 60 seconds and then switches off again. Roughly three times an hour like clockwork— It’s not science fiction, it was detected by astronomers sifting through radio data from 2018, and now… they’ve tracked the source… And the source is something we’ve never seen. Welcome to Factnomenal! Today we’re going to uncover what astronomers believe is likely a brand-new stellar object, one that up until now has only been theorized. Buy us a coffee to show your support! https://www.buymeacoffee.com/Factnomenal DON’T CLICK THIS LINK: https://tinyurl.com/357shs3j Thanks for watching Factnomenal! 🌎 Subscribe for more space discoveries, space facts, and space in general! 🔔 Hit the bell next to subscribe so you never miss a video! ► For copyright matters, make sure to send us an email to Adam@trustedmiddle.com #factnomenal #space 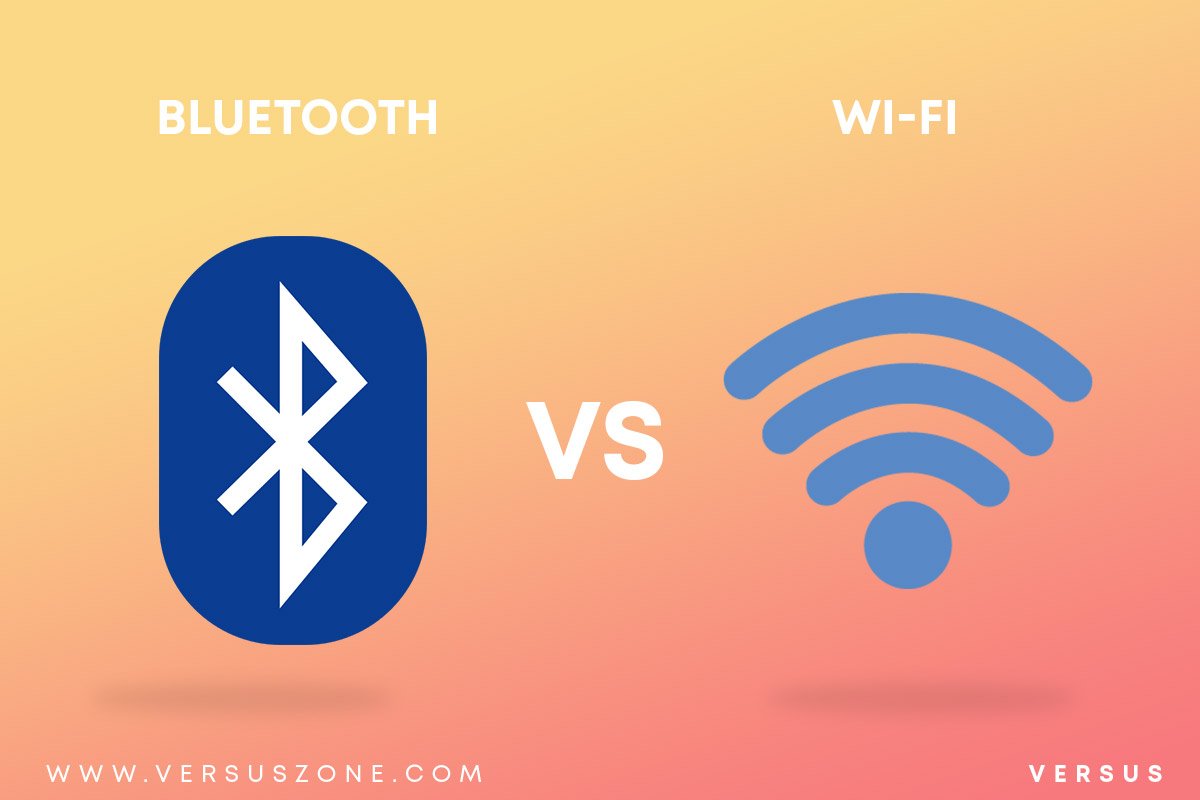 Top Weirdest and Hotest Toilets Ever Made in this Decade

10 Signs Someone Is Using PSYCHOLOGICAL Manipulation On YOU!